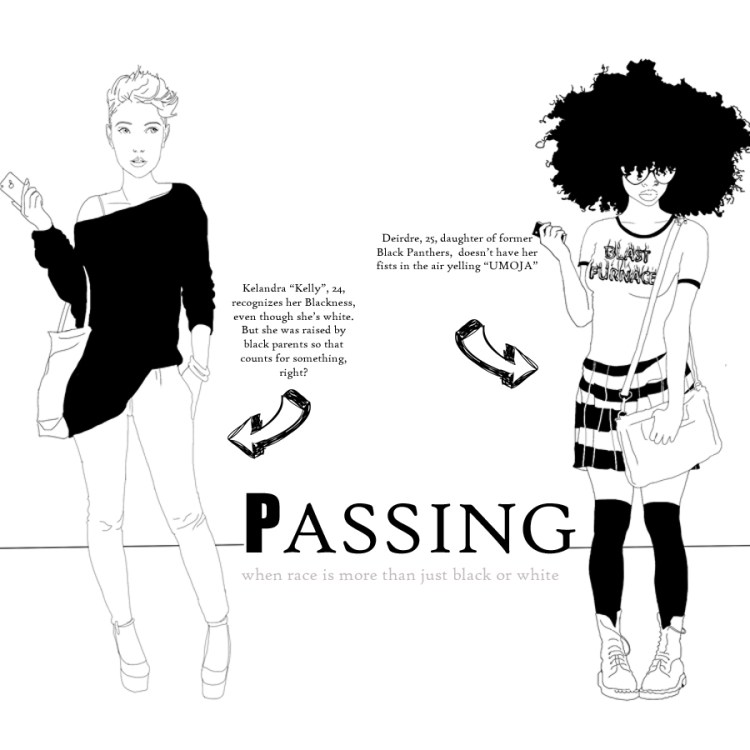 Kelandra “Kelly” Robinson: Older sister, 24. Kelly has a job she hates in corporate America. She’s overly educated and polished. She also thinks she’s black, or at least not really white. Kelly is trying to get more in touch with her “white” side by trying to find her birth parents, trying to date white men and trying really hard to get into other things overly-educated, posh white people like with mixed results.

Martinique “Unique” Robinson: Kelly’s younger sister, 22. Unique has no interest in getting in touch with her white roots at all. This deeply may have something to do with rejecting the parents who abandoned her and her sister to be raised by the Robinson family. She often tells black people she’s just “light-skinned” even though she has blue eyes and blonde hair. She speaks slang, wears outrageous hairstyles and dreams of a career in Hip Hop.

Deidre Daniels: African American, 25, Kelly and Unique’s childhood friend who encourages the sisters to come live with her in the city while they figure out their identities and careers. Kelly is always trying to get Deidre to “embrace” her blackness more, but since she was raised by a former radical Black Nationalist Angela Davis-style mother and a Cornel West-style college professor father she declares she is “over” blackness. The opposite of Kelly, Deidre mostly only dates white, Asian and Latino guys to mixed results.